As a public service to those who find themselves inextricably cornered by aggressively ill-informed Republicans at work, on the train or at family gatherings, presented here are ten indisputably true facts that will seriously challenge a Republican’s worldview and probably blow a brain cell or two. At the very least, any one of these GOP-busters should stun and confuse them long enough for you to slip quietly away from a pointless debate and allow you to get on about your business.

1. The United States is not a Christian nation, and the Bible is not the cornerstone of our law.

Don’t take my word for it. Let these Founding Fathers speak for themselves:

John Adams: “The government of the United States of America is not in any sense founded on the Christian religion.” (Treaty of Tripoli, 1797)

Thomas Jefferson: “Christianity neither is, nor ever was, a part of the common law.” (Letter to Dr. Thomas Cooper, February 10, 1814)

James Madison: “The civil government … functions with complete success … by the total separation of the Church from the State.” (Writings, 8:432, 1819)

George Washington: “If I could conceive that the general government might ever be so administered as to render the liberty of conscience insecure, I beg you will be persuaded, that no one would be more zealous than myself to establish effectual barriers against the horrors of spiritual tyranny, and every species of religious persecution.” (Letter to the United Baptist Chamber of Virginia, May 1789)

You can find a multitude of similar quotes from these men and most others who signed the Declaration of Independence and/or formulated the United States Constitution. These are hardly the words of men who believed that America should be a Christian nation governed by the Bible, as a disturbingly growing number of Republicans like to claim.

2. The Pledge of Allegiance was written by a socialist.

The Pledge was written in 1892 for public school celebrations of the 400th anniversary of Columbus’ arrival in the Americas. Its author was Francis Bellamy, a Baptist minister, Christian socialist and cousin of socialist utopian novelist Edward Bellamy. Christian socialism maintains, among other ideas, that capitalism is idolatrous and rooted in greed, and the underlying cause of much of the world’s social inequity. Definitely more “Occupy Wall Street” than “Grand Old Party” by anyone’s standard.

3. The first president to propose national health insurance was a Republican.

He was also a trust-busting, pro-labor, Nobel Peace Prize-winning environmentalist. Is there any wonder why Theodore Roosevelt, who first proposed a system of national health insurance during his unsuccessful Progressive Party campaign to retake the White House from William Howard Taft in 1912, gets scarce mention at Republican National Conventions these days?

The Ronald Reagan Republicans worship today is more myth than reality. Reagan was a conservative for sure, but also a practical politician who understood the necessities of compromise. In the spring of 1967, four months into his first term as governor of California, Ronald Reagan signed a bill that, among its other provisions, legalized abortion for the vaguely-defined “well being” of the mother. Reagan may have been personally pro-life, but in this instance he was willing to compromise in order to achieve other ends he considered more important. That he claimed later to regret signing the bill doesn’t change the fact that he did. As Casey Stengel liked to say, “You could look it up.”

Okay, Ronald Reagan cut tax rates more than any other president – with a big asterisk. Sure, the top rate was reduced from 70% in 1980 all the way down to 28% in 1988, but while Republicans typically point to Reagan’s tax-cutting as the right approach to improving the economy, Reagan himself realized the resulting national debt from his revenue slashing was untenable, so he quietly raised other taxes on income – primarily Social Security and payroll taxes – no less than eleven times. Most of Reagan’s highly publicized tax cuts went to the usual Republican handout-takers in the top income brackets, while his stealth tax increases had their biggest impact on the middle class. These increases were well hidden inside such innocuous-sounding packages as the Tax Equity and Fiscal Responsibility Act of 1982, the Deficit Reduction Act of 1984 and the Omnibus Budget Reconciliation Act of 1987. Leave it to a seasoned actor to pull off such a masterful charade.

6. Roe v. Wade was a bipartisan ruling made by a predominantly Republican-appointed Supreme Court.

Technically, Roe v. Wade did not make abortion legal in the United States; the Supreme Court’s decision held only that individual states could not make abortion illegal. That being said, the landmark 1973 ruling that Republicans love to hate, was decided on a 7-2 vote that broke down like this:

By ideological orientation, the decision was for Roe all the way: conservatives 2-1, liberals 3-1, moderates 2-0; by party of presidential appointment it was Republicans 5-1, Democrats 2-1. No one can rightly say that this was a leftist court forcing its liberal beliefs on America.

7. The Federal Reserve System was a Republican invention.

Republicans, and, truth be told, many Democrats, despise the Federal Reserve as an example of government interference in the free market. But hold everything: The Federal Reserve System was the brainchild of financial expert and Senate Republican leader Nelson Aldrich, grandfather of future Republican governor and vice president Nelson Rockefeller. Aldrich set up two commissions: one to study the American monetary system in depth and the other, headed by Aldrich himself, to study the European central banking systems. Aldrich went to Europe opposed to centralized banking, but after viewing Germany’s monetary system he came away believing that a centralized bank was better than the government-issued bond system that he had previously supported. The Federal Reserve Act, developed around Senator Aldrich’s recommendations and – adding insult to injury in the minds of today’s Republicans – based on a European model, was signed into law in 1913.

8. The Environmental Protection Agency was, too.

The United States Environment Protection Agency, arch-enemy of polluters in particular and government regulation haters in general, was created by President Richard Nixon. In his 1970 State of the Union Address, Nixon proclaimed the new decade a period of environmental transformation. Shortly thereafter he presented Congress an unprecedented 37-point message on the environment, requesting billions for the improvement of water treatment facilities, asking for national air quality standards and stringent guidelines to lower motor vehicle emissions, and launching federally-funded research to reduce automobile pollution. Nixon also ordered a clean-up of air- and water-polluting federal facilities, sought legislation to end the dumping of wastes into the Great Lakes, proposed a tax on lead additives in gasoline, and approved a National Contingency Plan for the treatment of petroleum spills. In July 1970 Nixon declared his intention to establish the Environmental Protection Agency, and that December the EPA opened for business. Hard to believe, but if it hadn’t been for Watergate, we might remember Richard Nixon today as the “environmental president”.

Oh, yes – Republicans might enjoy knowing Nixon was an advocate of national health insurance, too.

9. Obama has increased government spending less than any president in at least a generation.

Republican campaign strategists may lie, but the numbers don’t. Government spending, when adjusted for inflation, has increased during his administration (to date) by 1.4%. Under George W. Bush, the increases were 7.3% (first term) and 8.1% (second term). Bill Clinton, in his two terms, comes in at 3.2% and 3.9%. George H. W. Bush increased government spending by 5.4%, while Ronald Reagan added 8.7% and 4.9% in his two terms.

Not only does Obama turn out to be the most thrifty president in recent memory, but the evidence shows that Republican administrations consistently increased government spending significantly more than any Democratic administration. Go figure.

10. President Obama was not only born in the United States, his roots run deeper in American history than most people know.

The argument that Barack Obama was born anywhere but at Kapiolani Maternity and Gynecological Hospital in Honolulu, Hawaii, is not worth addressing; the evidence is indisputable by any rational human being. But not even irrational “birthers” can dispute Obama’s well-documented family tree on his mother’s side. By way of his Dunham lineage, President Obama has at least 11 direct ancestors who took up arms and fought for American independence in the Revolutionary War and two others cited as patriots by the Daughters of the American Revolution for furnishing supplies to the colonial army. This star-spangled heritage makes Obama eligible to join the Sons of the American Revolution, and his daughters the Daughters of the American Revolution. Not bad for someone 56% of Republicans still believe is a foreigner.

Henry Ford’s famous Model T was first produced in 1908 and quickly became a kind of default American car; at one point the Model T accounted for half the cars in the U.S.

Although the Model T (nicknamed the “Tin Lizzie”) was not the first consumer car, nor the cheapest, nor even the first assembly-lined-produced car, it was arguably the best combination of these elements. Ford made a sturdy car that could deal with the incredibly crappy roads of the time, at a price that regular people could conceivably afford. His innovations with assembly line manufacturing further drove the price down and improved wages for his factory workers.

But what’s it like to drive a Model T? In the video below, XCAR takes us on a combination history/driving lesson. After the historical bits (including amazing footage of the Model T going off-road with ease), presenter Alex Goy explains just how hard it is to drive a 1915 model (yes, a 100-year-old car is still on the road!). Indeed, he spends the latter half of the video driving it while explaining things, and the layout of the car seems insane by today’s standards—the pedal placement is the opposite of what we’re used to today, and many important controls are in weird places (watch to see what they put in the place you’d expect a turn signal lever to be).

If you have twelve minutes for a trip back in time, enjoy this 100-year-old Model T and its history: 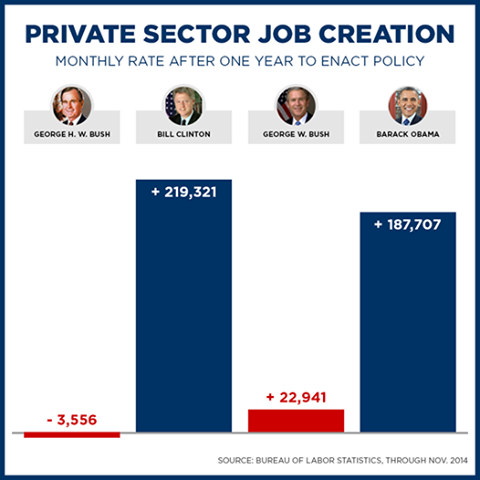 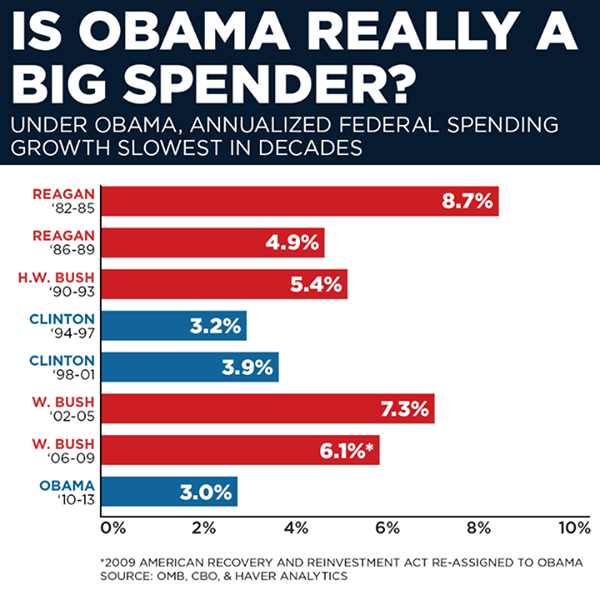