One of the most impassioned speeches you’re going to hear, and filled with facts that should sink ANY Republican who is seeking to challenge this president in this year’s election cycle.

We think of ourselves as the greatest nation on earth, but there are things that should make us wonder. Chief among these is the fact that here in the United States, growing numbers of people can’t afford that most basic of necessities: food.

More Americans said they struggled to buy food in 2011 than in any year since the financial crisis, according to a recent report from the Food Research and Action Center, a nonprofit research group. Almost one out of every five people, according to Gallup pollsters, couldn’t always afford to feed everyone in their family in 2011.
One might assume that number got smaller wrapped up with the national unemployment rate falling for several consecutive months. In actuality, the reverse proved true: the number of people who said they couldn’t afford food just kept rising and rising.

The findings from FRAC highlight what many people already know: The economic recovery, in theory now more than two years old, has done little to keep millions of Americans out of poverty and deprivation. Incomes for many haven’t kept pace with the cost of living, and for a large numbers of people in this country, things today are as bad as ever, or worse.

Forty-six million people lived below the poverty line as of 2010, a record number, according to the Census Bureau, and one that’s not even as high as some other estimates would have it. Take a further step back and the situation appears even more dire. About 45 percent of people in the U.S. have reported not being able to cover their basic living expenses, including food, shelter and transportation.

The official poverty rate is about 15 percent, but over two-fifths of Americans have so little saved that one financial emergency is all it would take to put them in poverty, according to the Corporation for Enterprise Development.

These high rates of financial insecurity — a consequence of the weak job market, and the prevalence of jobs that don’t pay very well — are making themselves felt at the level of everyday spending.

Recently, for example, a Center for Housing Policy study found that a growing number of middle-income owners and renters are paying more than half their earnings just to keep a roof over their heads. And as of 2009, almost one in five Americans over 50 years old were skipping on doctor visits, switching to cheaper medications, or forgoing some medicines entirely out of financial necessity, according to a recently published study by the Employee Benefit Research Institute, a think tank.

As for widespread hunger of the kind recorded by FRAC, research shows that the entire country ends up paying one way or another. While the people who can’t afford food are obviously suffering the worst, the social costs incurred — from the money spent to keep food pantries open to the lifelong diminished earning power of impoverished children — come to about $167 billion a year, or $542 for every man, woman and child in the country. 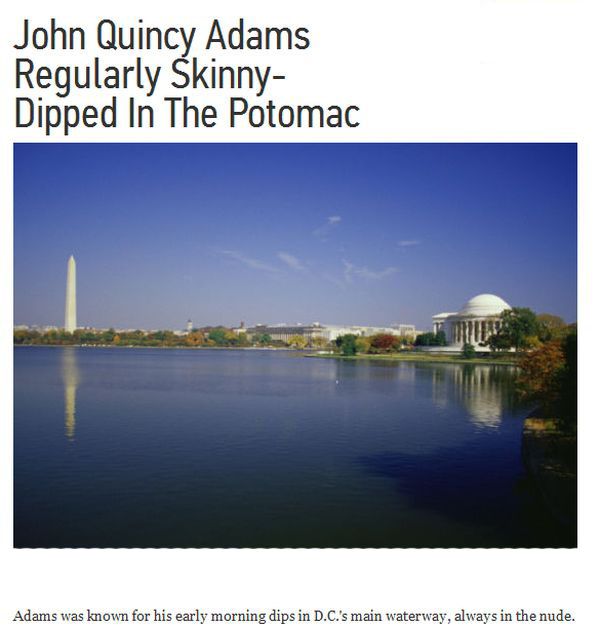 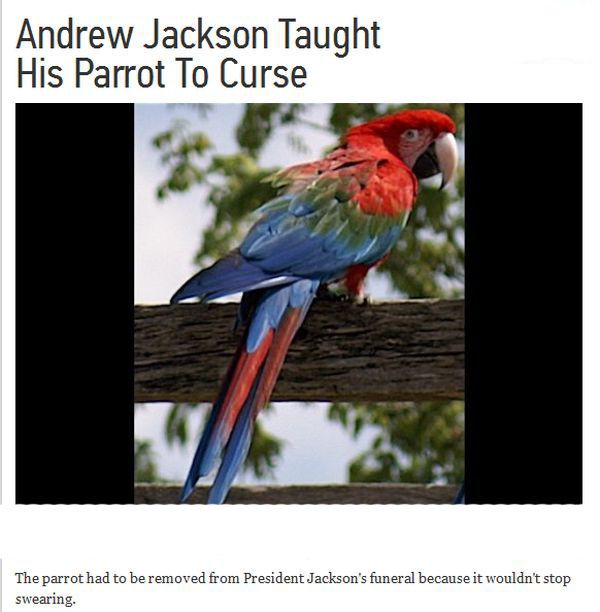 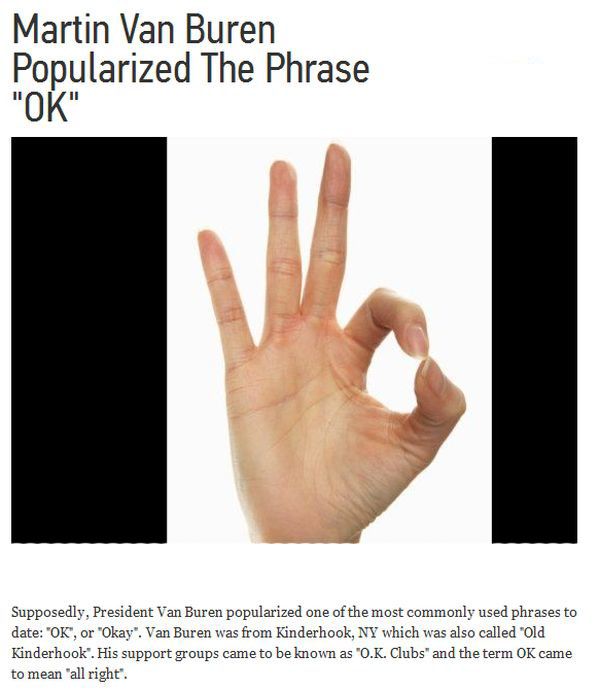 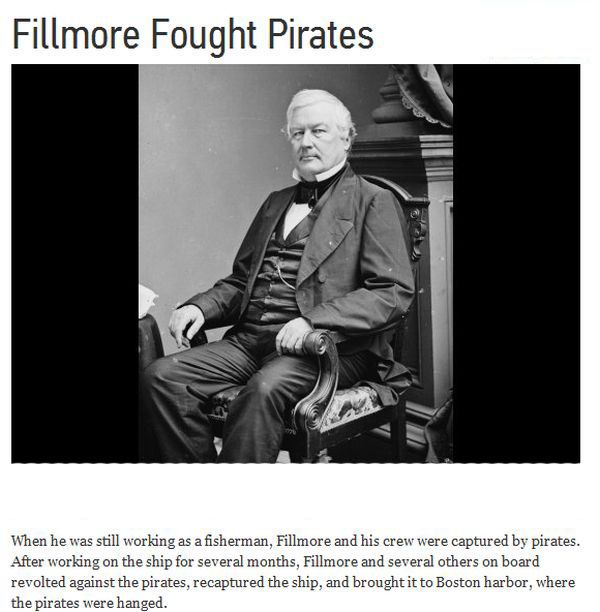 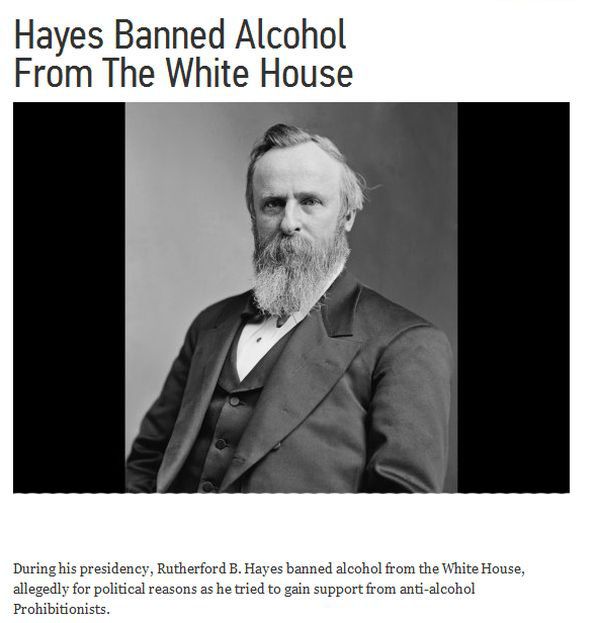 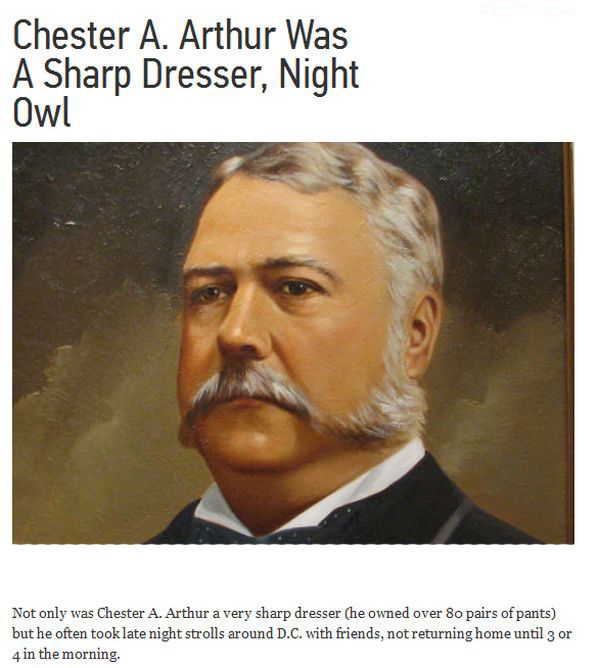 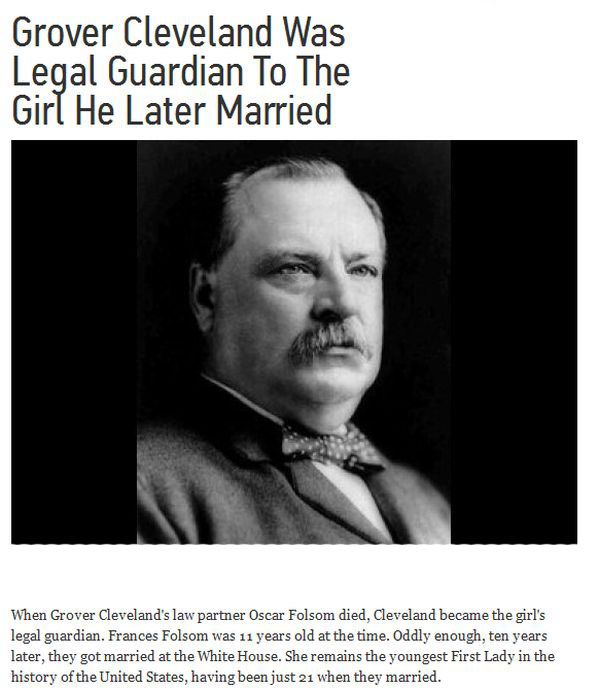 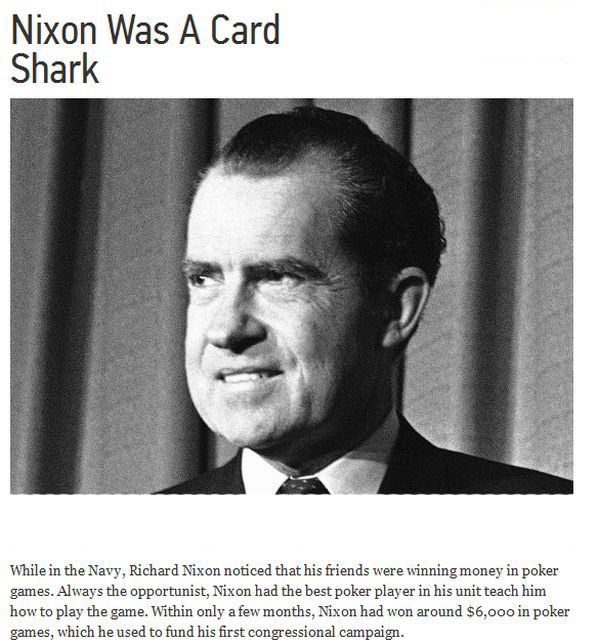 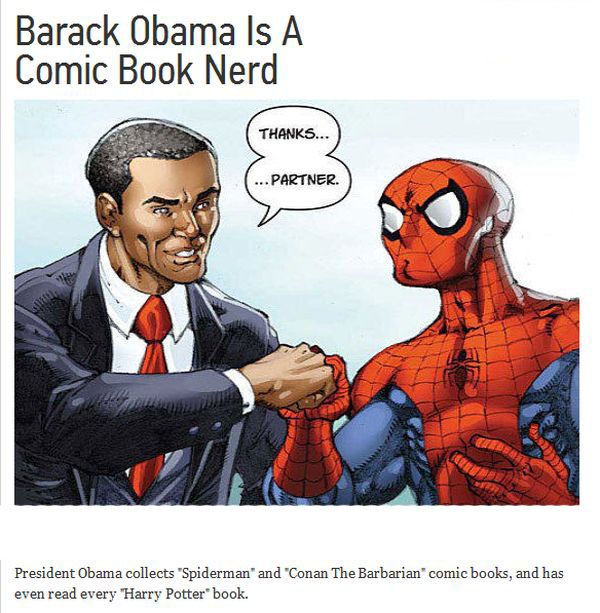 According to all actuarial tables, it’s a fact that men die, on average, at younger ages than women. Why is that so? The reasons for this are most likely, numerous. Smoking, more prevalent among men than women, is perhaps one of the main reasons why men die sooner. Besides smoking, another reason may be related to men’s more common use of alcohol. Men also are more likely to die from accidental causes, including falls, industrial accidents, participation in high risk jobs and leisure activities, or car accidents. What should be mentioned as well is that men involve themselves in some ridiculously dangerous situations that women seldom, if ever, would try. I mean, women will not use an electric drill while standing in a pool of water. A woman would never do such a thing. But, a man will do this, and more, simply because, “A man’s got to do what a man’s got to do.” Here are a few photographic examples of such behavior engaged in by men that women would never do. 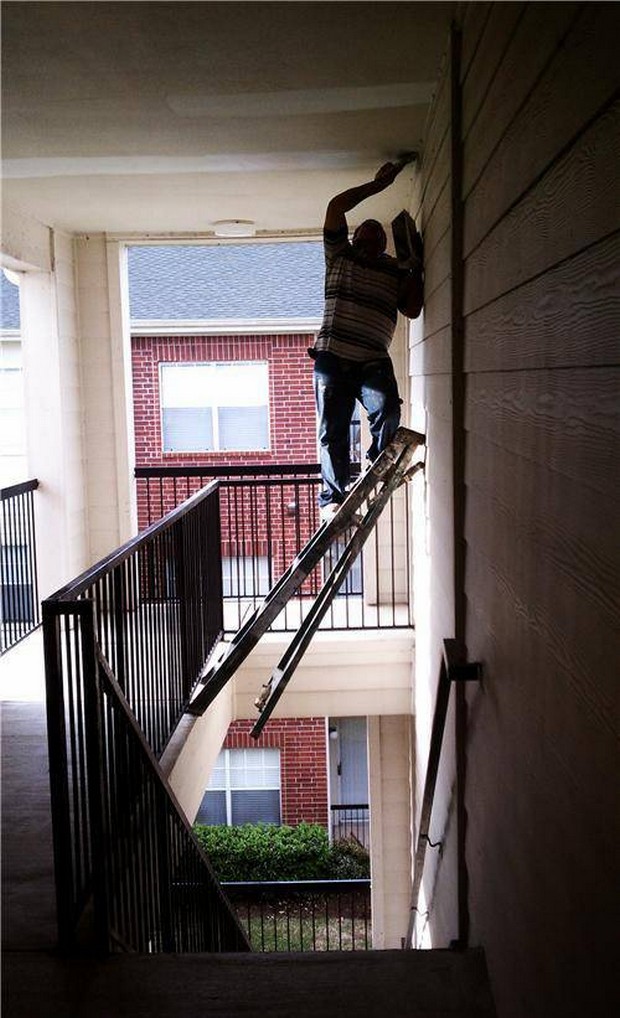 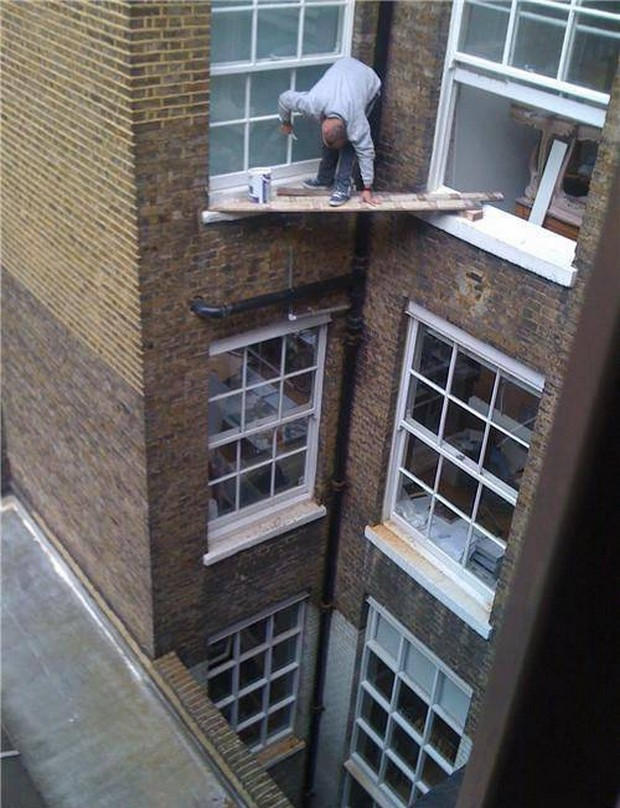 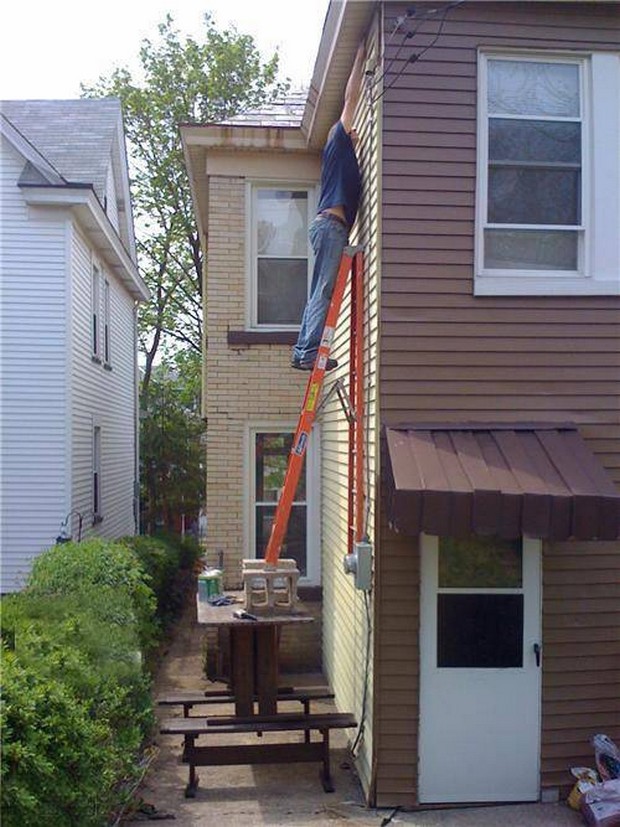 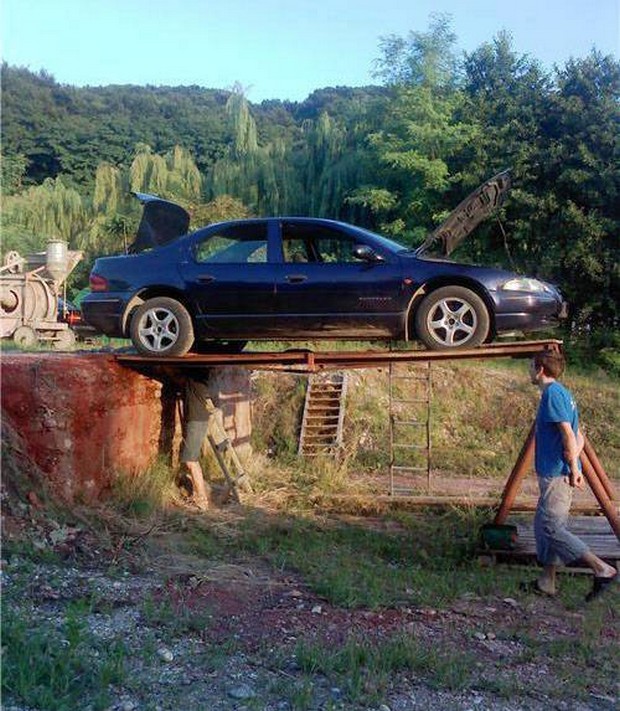 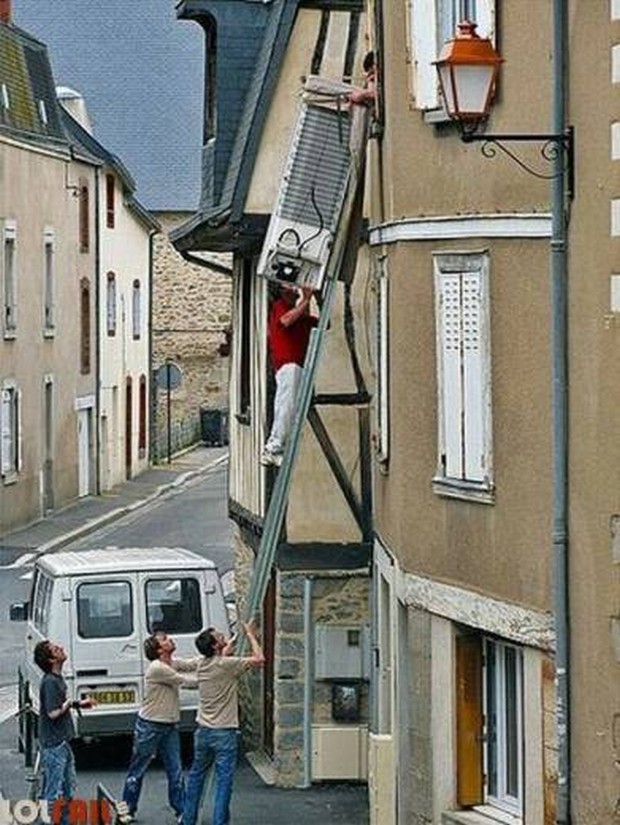 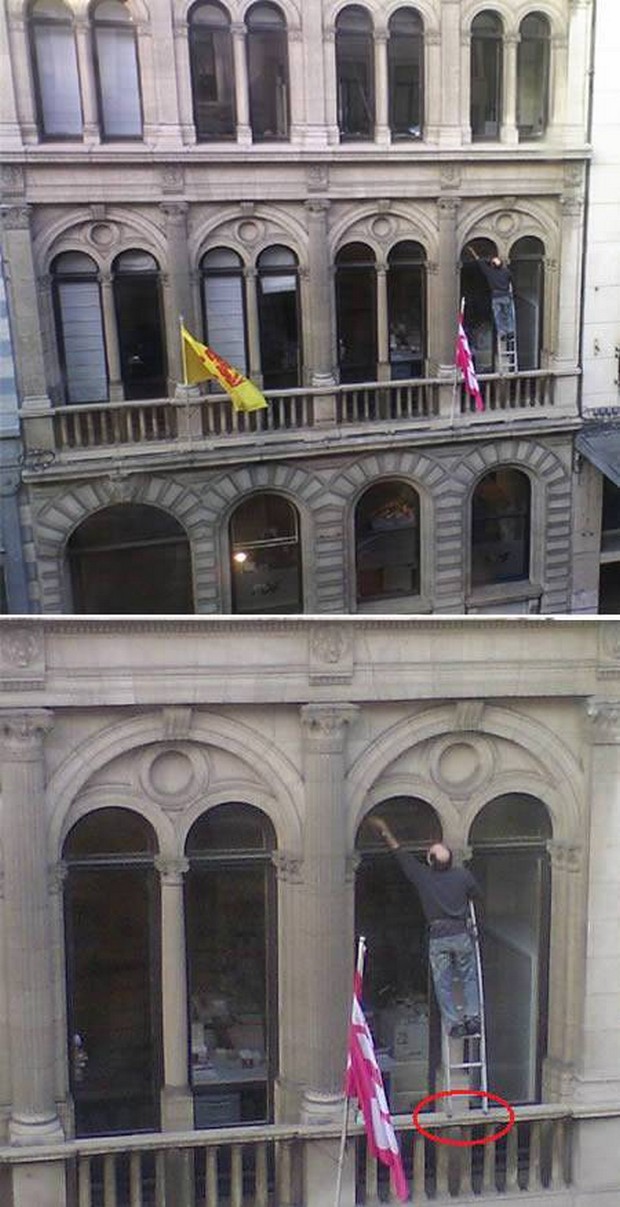 In 1838, Edgar Allan Poe’s only novel, The Narrative of Arthur Gordon Pym of Nantucket, was published. Partway through the book, the crew of a ship called Grampus finds themselves with an inoperable boat and are without food or water. They manage to catch a tortoise and strip off its shell, but that is insufficient to stave off hunger and eventual starvation. In order to survive, the crew draws straws to figure out which of them will be sacrificed to provide meat for everyone else. The death straw goes to a former mutineer named Richard Parker, who is promptly stabbed to death. His head, hands and feet are thrown overboard, but the rest of his carcass sustains the remaining two crew members. Even at that, they are still on the brink of death when they’re finally rescued.

A creative story for its time, though Poe actually called it “very silly”, but here comes the real twist. In 1884, a yacht named the Mignonette left England, headed toward Sydney, Australia. The yacht wasn’t really made for trips around the world, so it shouldn’t have been a surprise to anyone when it sank in a storm. The four-man crew barely escaped in a lifeboat, but they definitely didn’t have enough provisions for survival. They did catch a turtle and eat it, but just like their counterparts in the 45-year-old Poe tale, they needed more if they were going to be found alive when a rescue boat found them.

One man, a 17-year-old named Richard Parker, fell overboard and then made the mistake of drinking seawater to attempt to quench his thirst. Parker started going downhill fast, and that’s when his fellow survivors decided they would kill him to ensure their own survival. The men had considered drawing straws, but they figured Parker was so far gone they might as well kill him and drink his blood while it was fresh rather than risk the contaminated blood that might occur if they just waited for him to die due to illness. After stabbing Parker in the throat with a penknife, the three men devoured him. A few days later they were rescued.

The Mignonette case became quite famous in England. The men went to trial for their crime; two of them were originally sentenced to death. This was later amended to six months in prison. Even Poe couldn’t have foreseen the parallels between reality and macabre fiction, but this juxtaposition is one more example of the genius of Poe and his visionary way of creating and telling a tale.

Read the full text here: http://www.mentalfloss.com/blogs/archives/118127#ixzz1nfz0e9Ks
–brought to you by mental_floss!

Great Britain has a rather colorful history that spans hundreds of years. War, peace, plague, conspiracies, irrational monarchs and religion have all played a part in the creation of some of the strangest laws in the world.

Many of these laws date back hundreds of years, but still exist today, despite being rather out of date. Since 1965, the Law Commission has been charged with getting rid of some of these laws or bringing them up to date, but there are still those that survive…

1. Virtually every man in the country is breaking the law on a daily basis: all men over the age of 14 must carry out two hours of longbow practice a day.

2. A pregnant woman is legally entitled to relieve herself anywhere she chooses, even in a policeman’s helmet!

3. In the city of Chester, it is actually legal to shoot a Welshman with a bow and arrow – but only within the city walls, and only after midnight.

4. On that note, it’s also legal in York to shoot a Scotsman – but only on Sundays, and only if he’s carrying a bow and arrow.

5. If you accidentally place your stamp so the Queen’s head is upside down, you’ve just committed treason.

6. Anyone entering the houses of Parliament wearing a suit of armor can be arrested.

7. It is illegal to stop and pick up an animal you have hit with your car, however, the person behind you is perfectly entitled to do so.

8. Thinking of hanging your bed out of the window? Don’t. This is illegal too.

10. It is illegal to flag down a taxi in London if you have the plague.